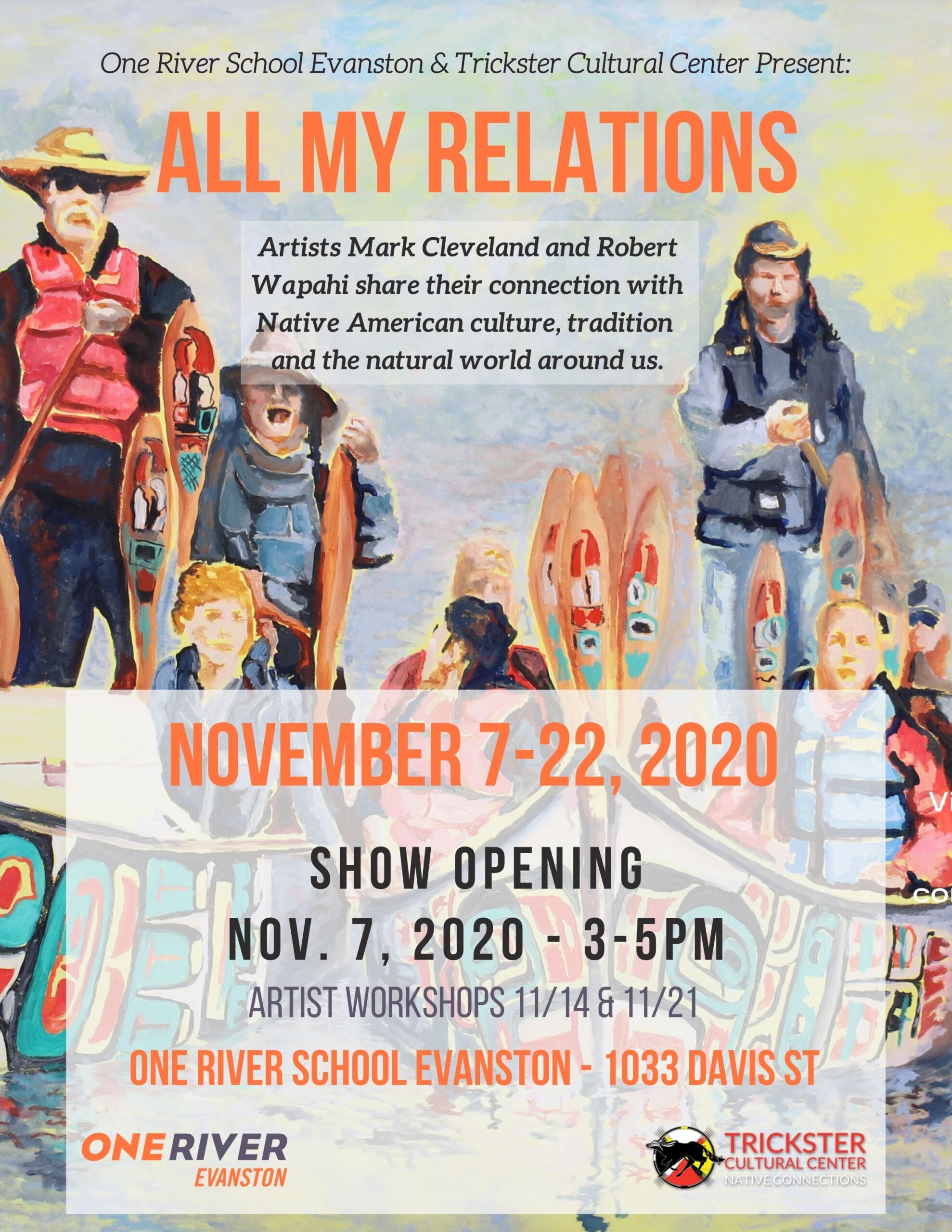 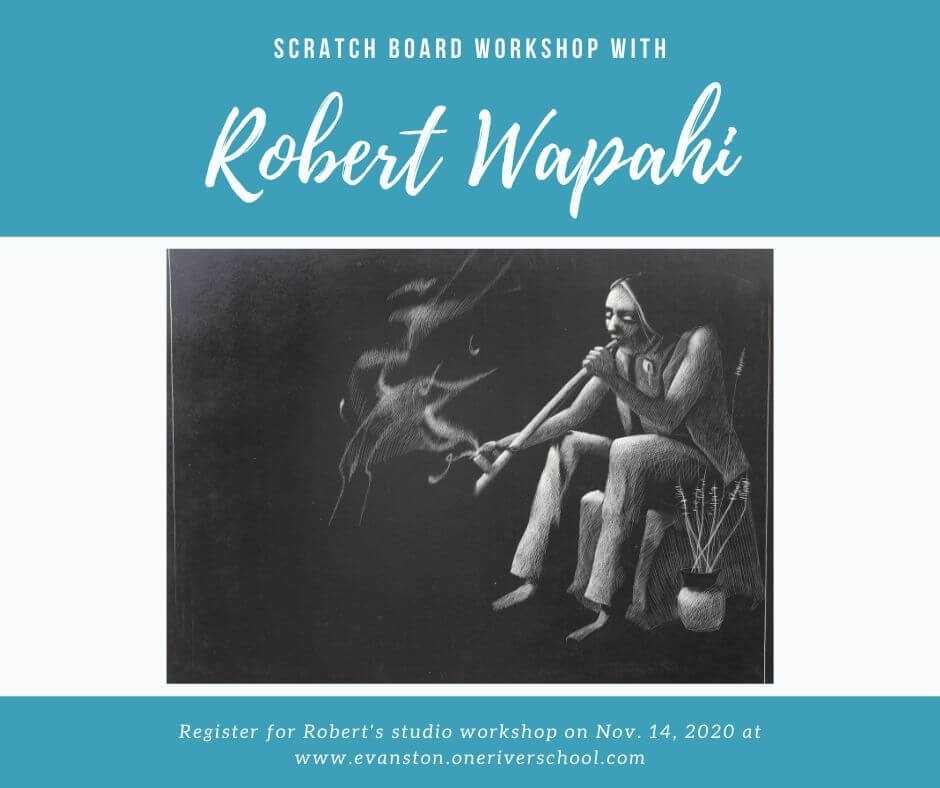 Robert Wapahi was born in 1945 in Springfield, South Dakota and grew up on the Santee Indian Reservation in Nebraska. His drawings and paintings have been exhibited at Trickster Cultural Center, the American Indian Center of Chicago, and Illinois State Museum galleries in Chicago and Lockport. He has served as board president of the Uptown Multi-Cultural Art Center.

Robert is a citizen of the Dakota tribe and a Vietnam veteran, serving as an Army combat soldier. He is also a gifted storyteller, sharing traditional Dakota tales as well as historical events, like Wounded Knee and the urban migration of Native Americans during the 20th century to big cities like Chicago. Wapahi’s storytelling began by teaching his children Native American traditions, expanding out to his neighborhood, and then eventually, throughout the city. He has also authored two books on illustrations and one on sign language. 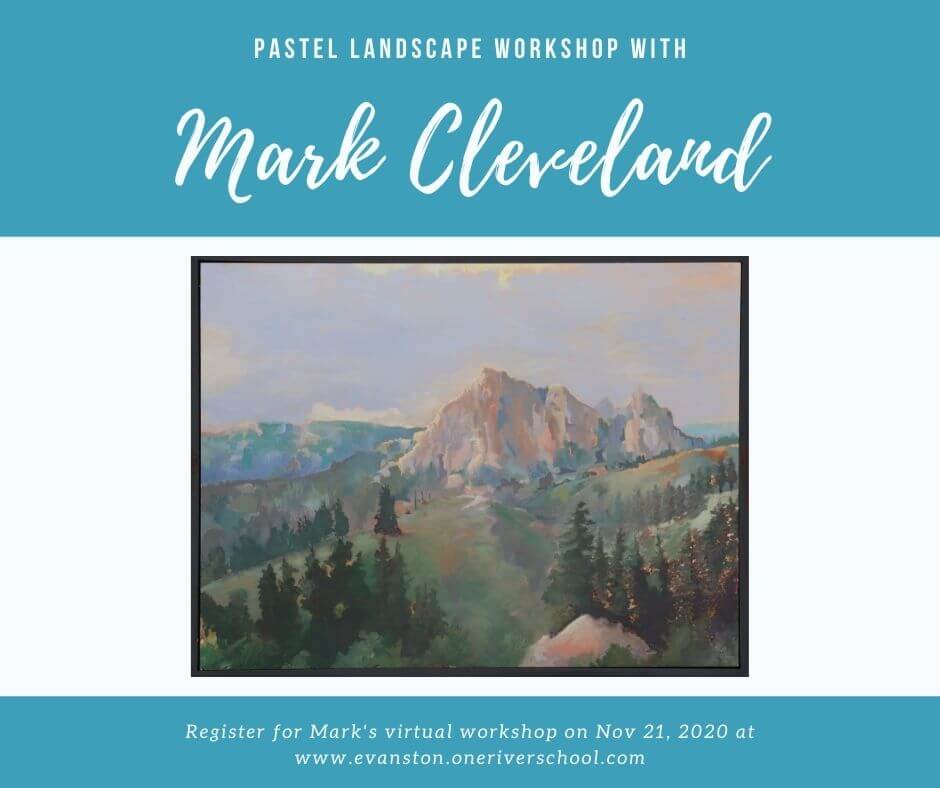 Mark Cleveland is a contemporary Evanston artist working in oil, pen & ink and stained glass. As a young man he was adopted by a Native American spiritual elder who encouraged him to explore that part of his heritage. This passionate and rich journey led to decades of service to the Native American Community, a career as an accomplished artist, world musician and an intimate immersion in wilderness.

An avid fly fisherman, he began his career by contributing detailed illustrations to outdoor fishing magazines. He attended classes at the “American Academy of Art" where he focused on use of color and composition. He is also an accomplished stained glassier which heavily influences the way he seeks out the spiritual element of light in all mediums. 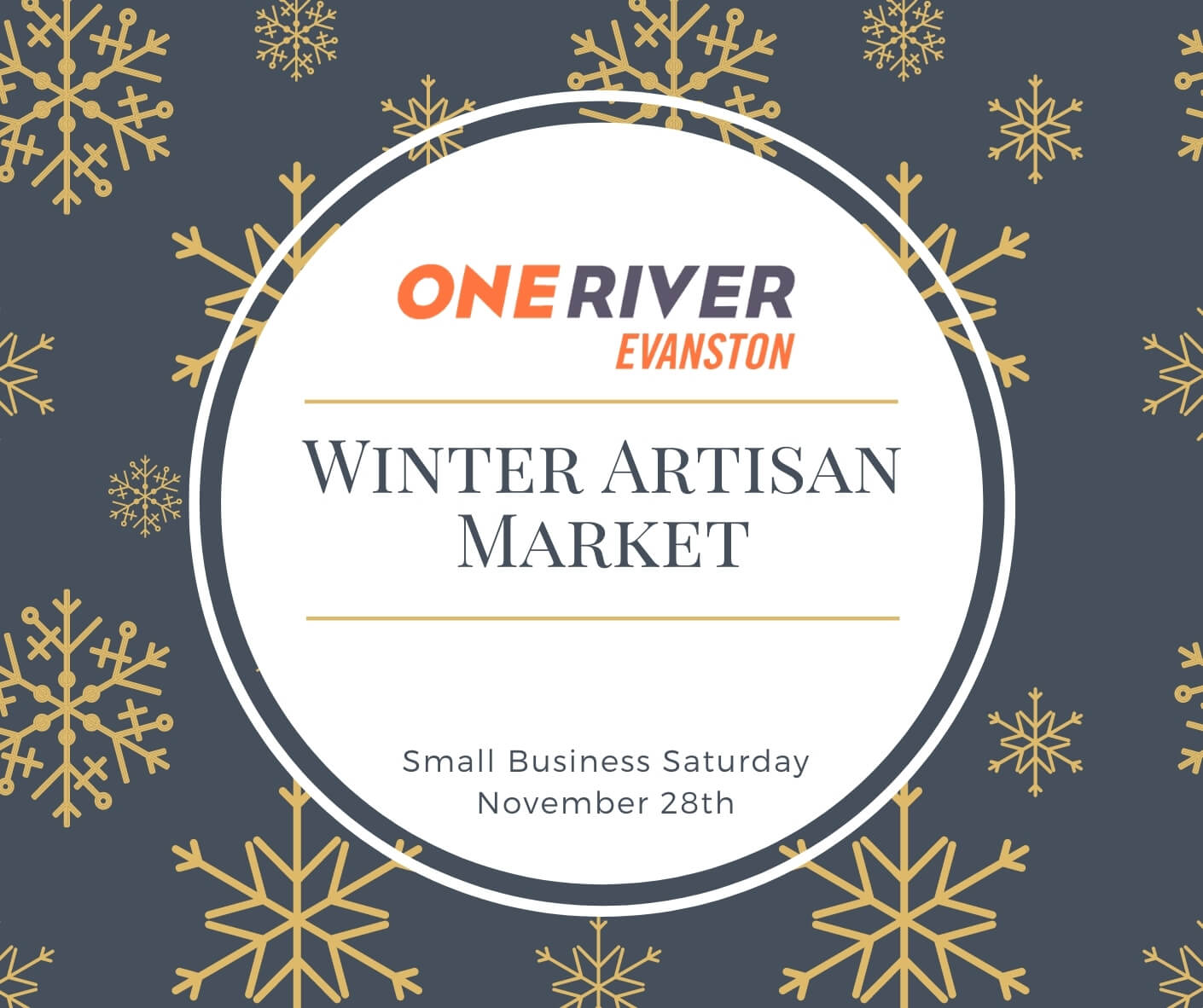 Browse a curated collection of creative keepsakes and artwork. Whether searching for a unique gift or treating yourself, the One River Artisan Market has something for everyone!

Please email evanston@oneriverschool.com if you are an artist wishing to showcase your work!

Open to the public!